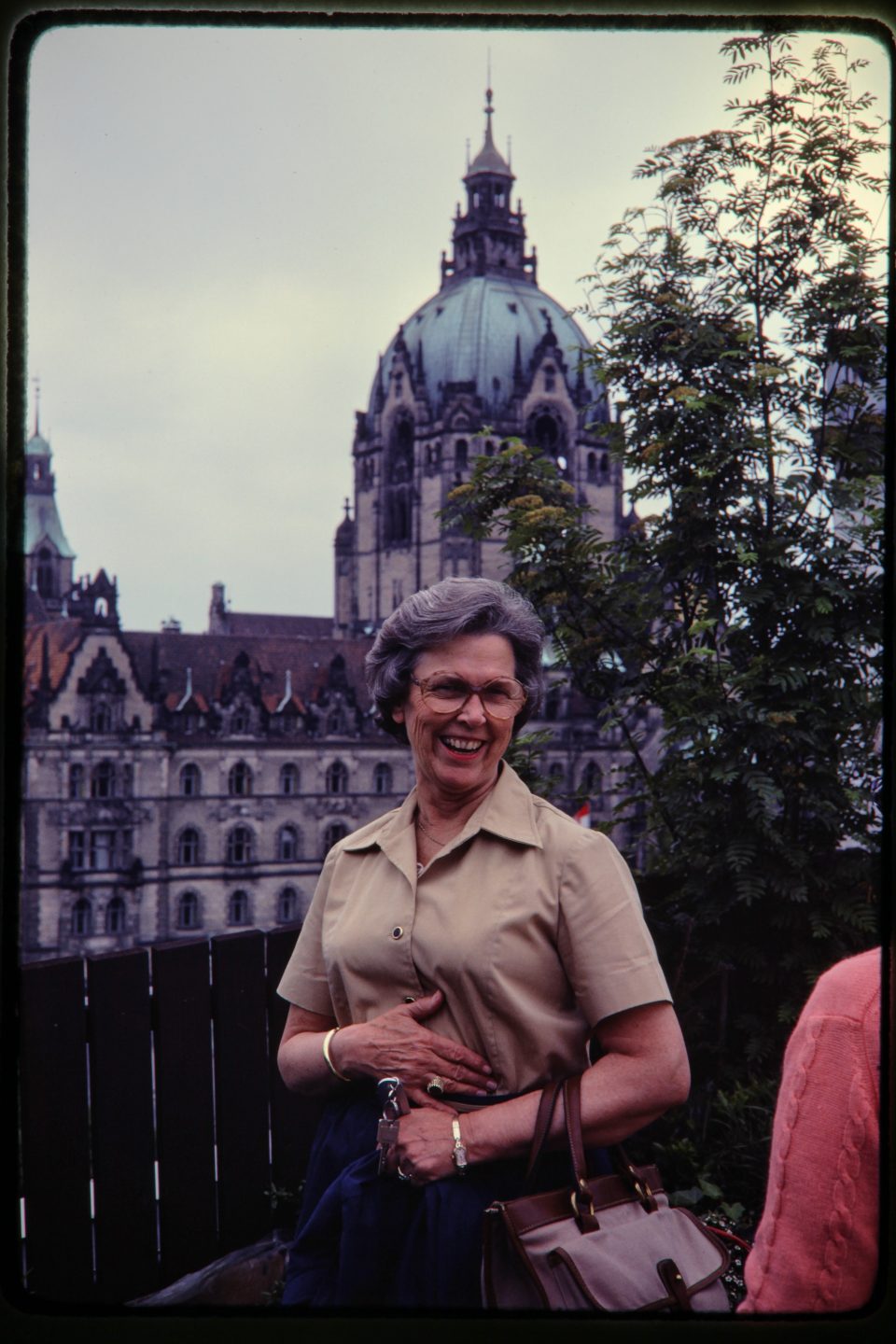 In the summer of 1980, my mother, Ruby, and I traveled with Ben, Margie, and Bob and Earlene Agee to West Germany, East Germany, and Austria. We traveled with a tour group that had been rallied by a doctor and a minister who was also a doctor from West Virginia, the Agee’s home state. The focus of the tour was to see the 1980 production of the Oberammergau Passion Play, but first we took a circuitous route through the heart of what was then West Germany into the German Democratic Republic to the East to see, among other things, sites associated with Martin Luther and the Reformation.

After landing in Frankfort (everybody lands in Frankfort, it seems), we traveled by tour bus to Hanover for our first night in the Federal Republic of Germany. Here we are on the roof of our hotel. 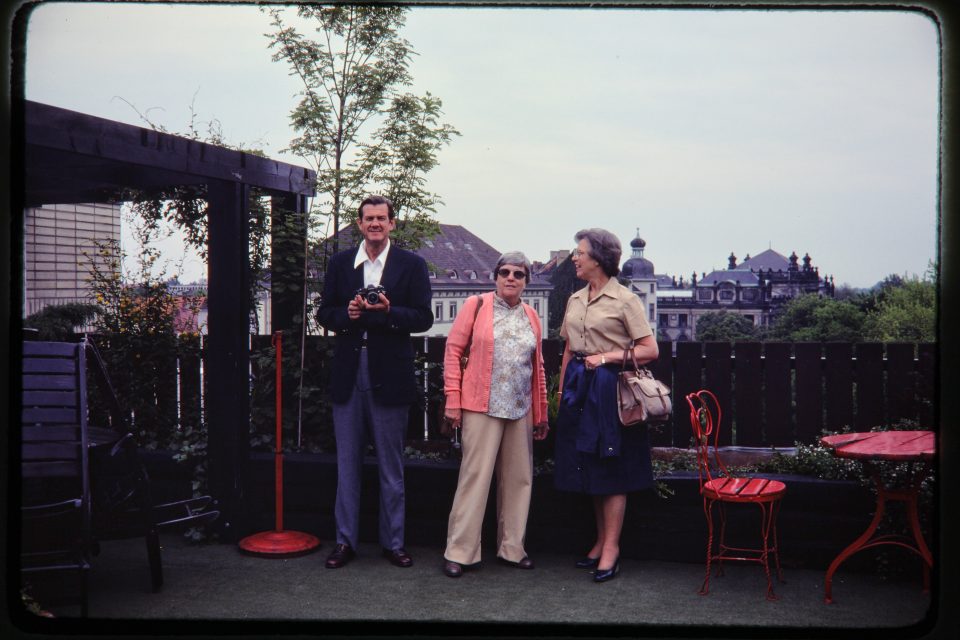 The lady between Ben and Margie is, I believe, the doctor-who-was-a-minister’s wife, Mary Lou. Mary Lou Byrd, I think, although I might be combining both doctors’ wives to get that name. We were soon to learn that her husband was an amateur Egyptologist, and we would be seeing a very famous antiquity, the bust of Queen Nefertiti, the next day in Berlin (next post).

The building behind Margie in the top picture is featured in this photo that I borrowed from Wikipedia, the Neues Rathaus, or New Town Hall, of Hanover. 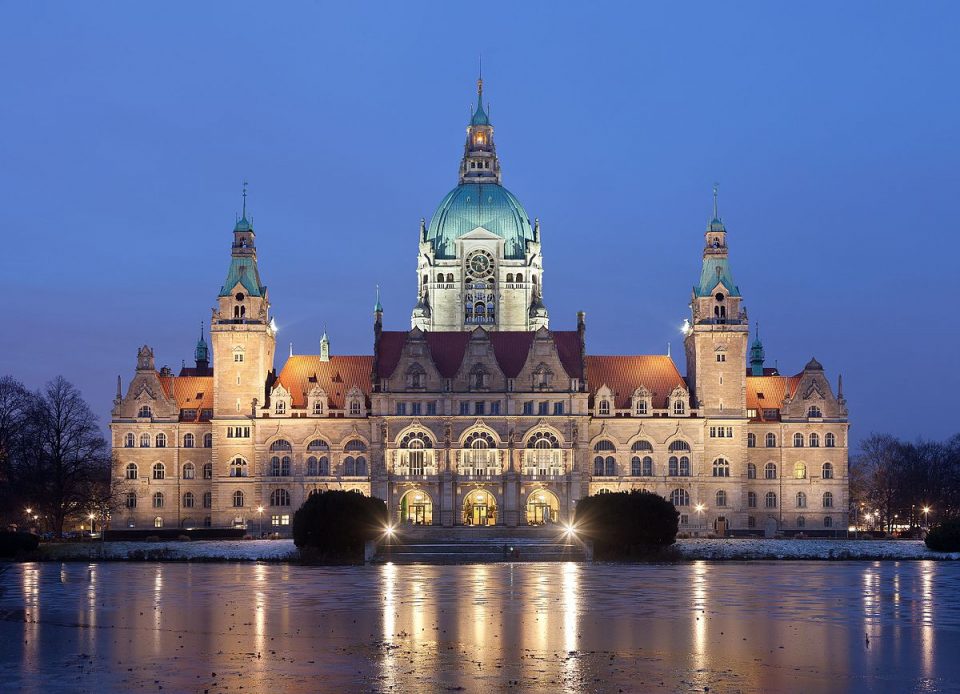 Next Entries The Nefertiti Bust