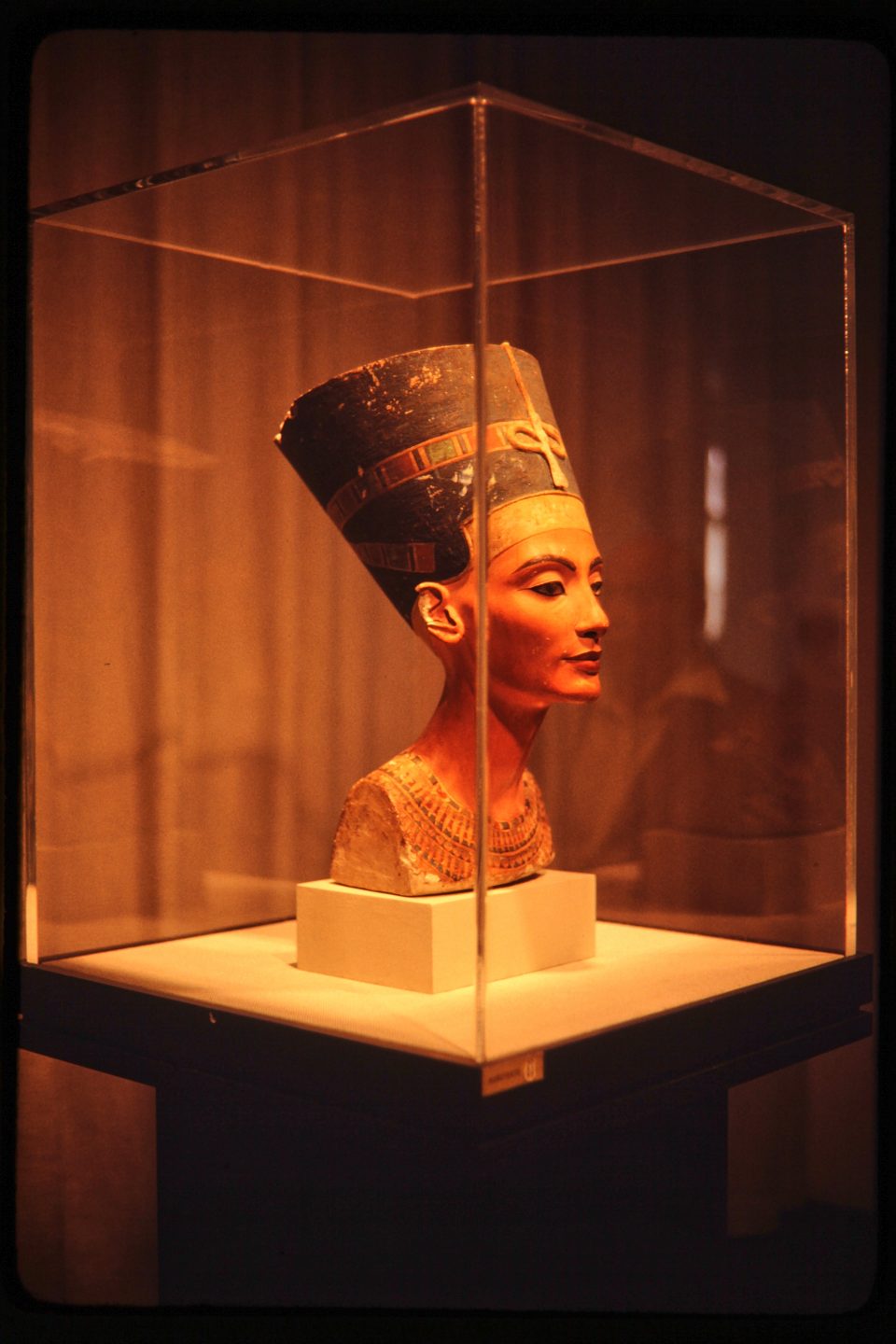 I’m going a bit out of order here, because we did have some adventures on the way to see Nefertiti in Berlin. West Berlin, actually, was reached from the rest of West Germany by the Berlin Corridor, a straight, stark road through to the center of the East German countryside. The Corridor was safe for westerners to travel, but it was famously surrounded by a no-man’s-land where we would have been unwelcome and possibly shot. Hence, my sense of both relief and discomfort when we were finally allowed a bathroom break at this rest stop about half way through the day’s trip. 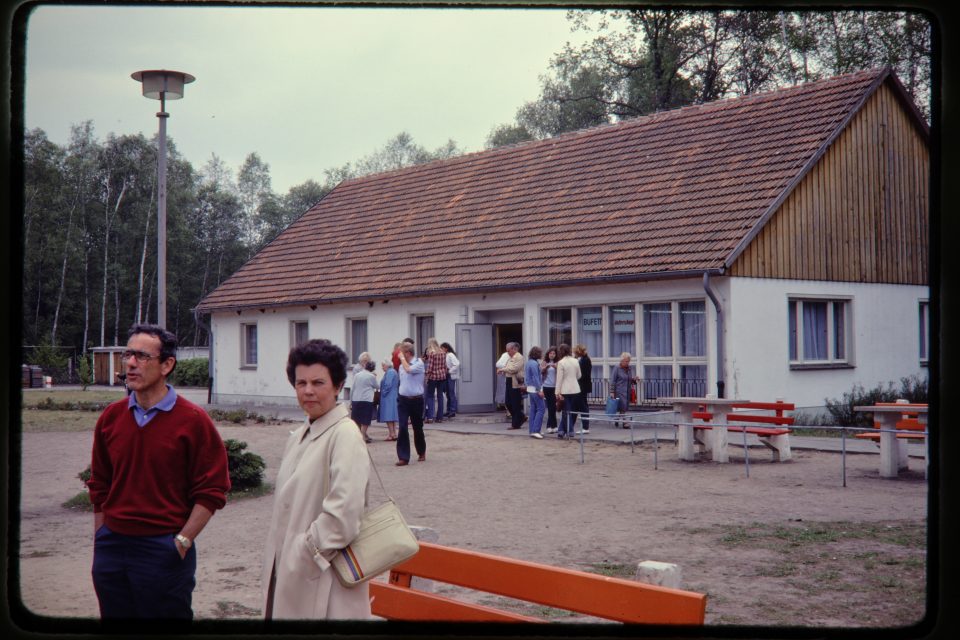 But it sets the tone of our journey for you to know that the doctor who was I think the minister, I’m just going to call him Doctor Byrd, was moved to tears to see this beloved antiquity, so passionate was he in his love for things Egyptian. 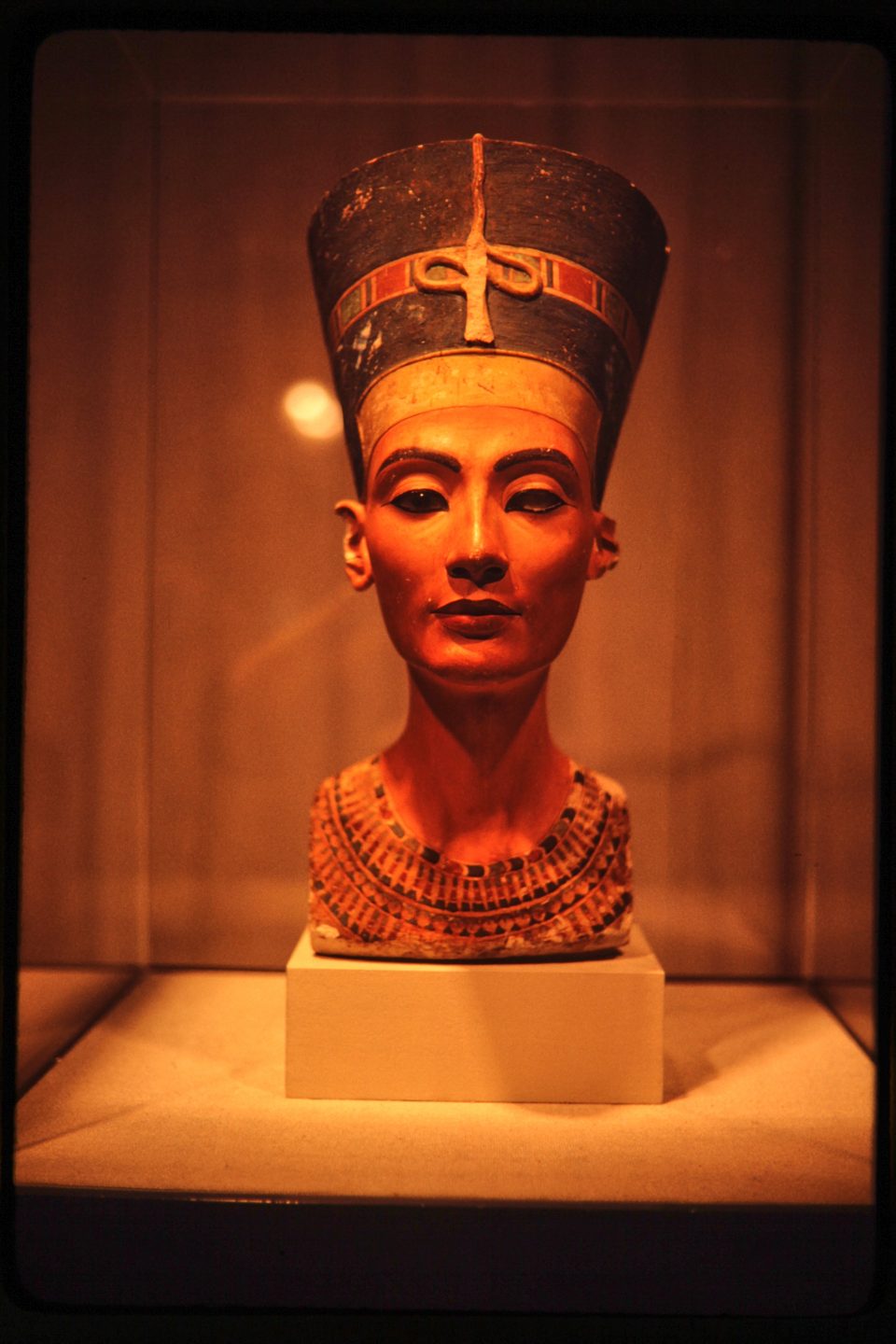